A downloadable game for Windows, macOS, and Linux

sync is part of a bigger project called Shoot Shoot Mega Pack (SSMP). If you're interested in making my heart melt and/or being my hero, check out ssmpgame.com for more details!

sync is a minimalist local multiplayer game where players accelerate and shoot simultaneously. It`s a game about movement, positioning, control and the lack thereof. Or maybe it`s just about flying around and shooting your friends, but that doesn`t sound as rad.

The game is at its best when played with four people, but is playable with as little as two. Playing with a gamepad is also highly recommended, though keyboard controls are supported (though they are a little uncomfortable).

If you have any comments, complaints, general feedback, would like to see something fixed, or just want to say hi, feel free to get in touch with me via twitter or email.

Thanks a lot for taking the time to check out sync, or at the very least this page.

* Fixed some text display issues with the win messages

* Thrusting is no longer "totally broken" in certian graphics settings

* Added support for a number of different controller / platform configurations 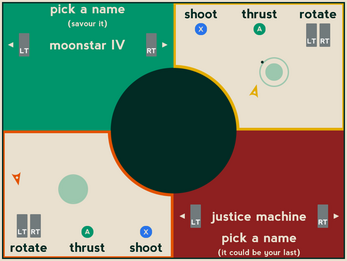 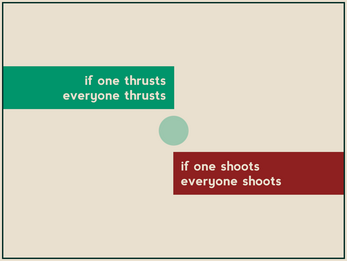 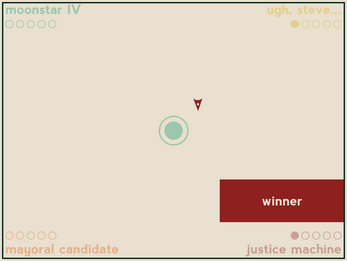 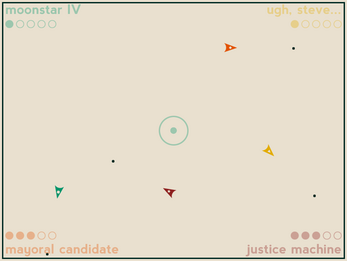 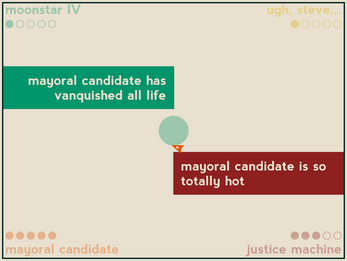